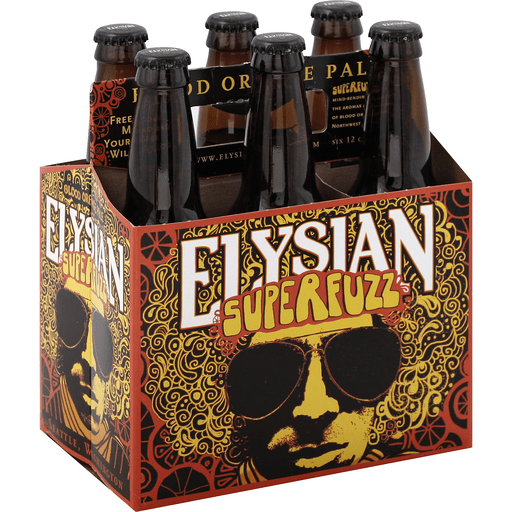 Fresh. Local. Award-winning. Established in 1996, Elysian has proved itself both a master of classic styles and a leader in brewing innovation, producing over zoo different beers in its three Seattle pub breweries. It was named Large Brewpub of the Year three times at the Great American Beer Festival and operates a production facility on Airport Way in Seattle's Georgetown neighborhood. Each October brings Elysian's Great Pumpkin Beer Festival, where dozens of different pumpkin beers are poured, including from the Great Pumpkin itself. Get it from the source. 100% recycled paperboard. www.elysianbrewing.com.