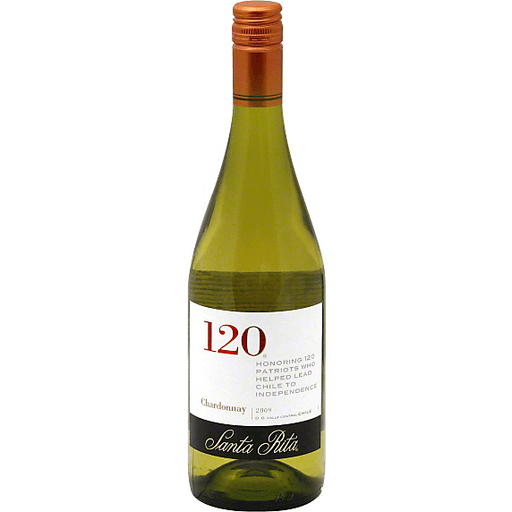 Honoring 120 patriots who helped lead Chile to independence. According to legend, 120 patriots, exhausted after a long, hard battle during the fight for Chile's independence, reached the lands belonging to Santa Rita. On that fateful night in 1814, these forces of liberty found refuge in the estate cellars. Today, within these same cellars, our award-winning 120 wines are crafted to honor their heroic character. Our 120 Chardonnay has a crisp, fresh, un-oaked style. Its aroma and flavors recall tropical fruit mingled with green apple and an alluring hint of zesty orange peel. A heavenly choice every time. Alc. 13.5% by vol. Wine of Chile.