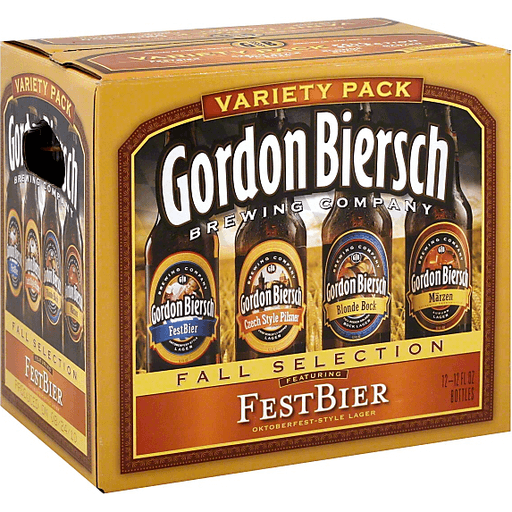 Featuring FestBier - Oktoberfest-style lager; Czech Style Pilsner - crisp golden lager. Blonde Bock - rich malty lager. Marzen - smooth auburn lager. A message from our brewmaster. Great beers don't just happen. They are made that way! Our beer contains only four ingredients - malted barley, hops, yeast and water - as dictated by the 500-year-old German purity law called the Reinheitsgebot. In Germany, breweries follow this law because they have to. We follow it because we want to. All our beers are naturally carbonated unlike many other brewers that inject CO2. This produces a finer effervescence that adds to the enjoyment of our beer. We produce all of our own yeast and utilize it only one time giving us great consistency from one batch to another. Gordon Biersch's attention to energy conversation began long before it was politically correct to be green. Only 11% of the electricity utilized at our brewery is during peak demand time and approximately 75% of our thermal energy is recovered via an elaborate use of heat exchangers and thermal banking. Never trust a skinny brewer. Dan Gordon has earned a reputation as one of America's leading brewing engineers. Dan is the first American in more than 50 years to graduate from the prestigious five-year brewing engineering program at the world-renowned Technical University of Munich at Weihenstephan, West Germany. He is the Director of Brewing Operations for Gordon Biersch. Made in the USA.