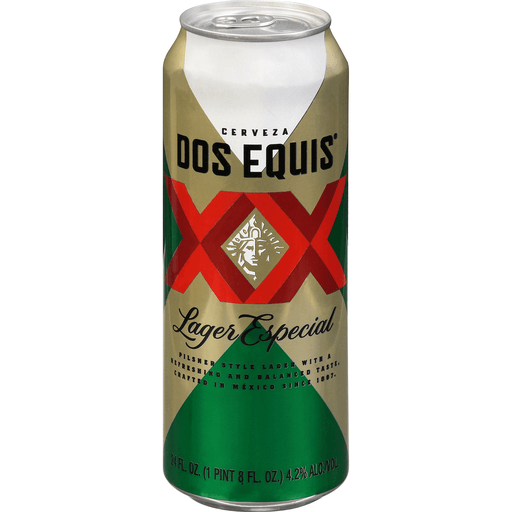 Dos Equis was created in Mexico in 1897 by a German brew master, who blended his brewing heritage with the spirit of Mexican traditions. Originally called Siglo XX to celebrate the arrival of the 20th century it later became known as just Dos Equis (or simply two X's in Spanish). Dos Equis Lager Especial is a crisp and golden lager from Mexico, with just the right balance of flavor and refreshment. Crafted in Mexico since 1897 to commemorate the arrival of the 20th century. Imported from Mexico